I had the pleasure of being in attendance and witnessing one of my favourite artists Christon Gray take to the London stage for the first time and, along with J Givens, he gave the audience at St Mary’s Church a night to remember. After seeing the flyer for this early in December, there was almost no way at all I was going to miss this. I took the trip down to West London, awaiting the legends that were. Now let me tell you all about it.

Jay Ess was first up, with a new and improved vibe, accompanied with his fresh choir.

JayEss and his band

He gave us some new material from his up-coming project and along with the major throwback ‘Intoxicated’, he reminded us why he was once considered one of UK Gospel’s golden boys. Kat Deal was up next. A relatively new face to the scene, known by very few. The crowd warmed to her with her Alternative Pop look and Jazz vocal stylings. Singing original songs and a soulful cover of Kirk Franklin’s “Smile”, she definitely made some new fans by the end of her set.

J Givens in his element

If there is anything I have admired about him it is his lyricism, quick flow and to match that with his active performance style, it made for a feast for the senses. He engaged with the crowd while taking us on a journey through his album “Fly Exam”, the hype tracks and the mellow joints. The essence of Hip-Hop is alive and well. You felt a part of the family as he shared his testimony about his drug addiction and by the end, the crowd were shouting Hallelujah in agreement. For the die-hard fans reciting the bars alongside, he did not fail to deliver.

The man of the hour, Christon Gray came and fans flocked even more quicker than before. Gray started off his set with some of his older material. The whole crowd singing along to “The Last Time” set the tone for what was an amazing night. He is definitely a showman, displaying his full versatility as an artist flowing from R&B to Soul to Gospel to Rap. Contrasting moments of electricity with him rapping, bringing out J Givens to do “Stop Me Remix” leaving you unable to formulate words because you’re so excited THEN moments of hush and awe with his slow ballads accompanied with his keyboard; literally him playing the keys and singing “Black Male” you are literally without words. It felt as if I was going down memory lane as he performed songs from his whole catalogue. Trust me I was singing at the top of my lungs when I heard “Long Way Down” and “Isle of You”. Crowd engagement didn’t go amiss as he spontaneously put together an ‘airband’ to help him perform the funk groove that is “SuperDave”. Then he brings half the crowd on stage during ‘Open Door’ AND THEN jumps into the crowd. Totally unexpected.

The night was filled with love, laughs and pure vibes. Both Gray and Givens were both incredibly down to earth and both artists’ presence complimented the night perfectly. Shout out to Zion Promotions for bringing down one of the 4 artists I HAD to see before I died; and they were gracious enough to chat to the ‘FANmily’ afterwards. All I ask is for more dope shows like this in the future.

Just over a week ago, I was privileged to see one of my long-time favourite artists, Tye Tribbett perform in London. For those who are unaware, Tye Tribbett is a Grammy Award winning gospel singer-songwriter and musician hailing from the US. He, along with his full band and choir, graced the Lighthouse Theatre in south London over two nights and I (against my own rationale at the time) went to both nights. It was definitely an experience I will never forget and the same can be said for those I went with. Being the analytical person that I am, I did take some things away with me from the experience which I will share with you.

If you have watched the many YouTube videos featuring him you will know as well as I that Tye Tribbett is quite the performer. If you haven’t, go and search him up. Like seriously, go do it NOW. You won’t regret it. From the running, jumping, screaming, marching; His energy is electric and very infectious and he and his choir command every inch of the stage. Evidently a veteran at the game. I was so tired after the second night from all the praising. Then he had the audacity to do like two more encores. Where the energy comes from I don’t know but obviously the feeling you get from being on stage is next to none.

As much as the performance element is necessary to be an artist live in concert, for Gospel artists in particular, the ministry is just as or if not more important. For the moments of high impact energy praise, there were also moments of powerful, out-pouring worship. There were moments where the worship engulfed Tye to the point where he would get emotional and literally bow down and surrender to the Spirit. On the first night, he literally performed back to back worship songs and even brought out Sonnie Badu at one point for an unexpected, impromptu mic toss (I didn’t even see him around and I was standing pretty much at the front). On the second night, he literally stopped and preached to the crowd during worship about not letting your situation consume you taking your focus away from God. He poured out everything he had and we gladly received.

What a powerful time of Praise and Worship and it was so good to see Sonnie Badu join Tye Tribbett and His band on stage. This was indeed a epic evening, all the Glory and Honour goes to our King of Kings Jesus… #Goodtimes for sure 🎉🙌🎉 #TyeInLondon #Christmas#JesusIsTheReasonForTheSeason #TyeTribbett #Concert #Live #London #LondonTown #Camberwell #Blessed #PraiseParty #SonnieBadu #Thankful #Soilders #Music #Praise #Worship #FridayNight

I can’t talk about Tye Tribbett and not mention his amazing team. First of all, his choir are all incredible singers in their own right. On the second night, almost every single one had their own solo, some were unanticipated but all smashed it vocally. It’s not just about the runs but their effortless execution, understanding of the music and the moment and also their worship vibe which made each solo powerful. They could all have music careers and they could all be successful, that’s how talented they are. And the band. THE BAND. The band were on point from start to finish. I do expect that if you are working with Tye Tribbett but boy, it was special. From when his keyboardist Brandon Jones gets a solo and slays vocally, you know that there’s something special there. The passion, the flawless execution and the ability to carry the crowd like they did.

Having the chance to talk to Thaddeus, Tye’s brother and bassist, (Mega talented and has a voice on him) and also his drummer and seeing how happy yet chilled they were about it all after the show got me in deep reflection. Sometimes we get too overwhelmed when these artists come over and do what essentially is normal to them. It’s their job of course but even before it became their job, they put it effort and countless hours working hard on their craft so they can be more than average. And it’s their standard of excellence which is common thing in America too and that’s partly why we in the UK idolise them so much. We, as singers or artists or musicians, can be on that level; we just need to break away from the comfort of mediocrity. We can’t be content with the idea that “it’s okay as long as they are doing it for God”. Definitely sure God the almighty and exceptional does not condone ‘Average’. There were times during the concert where I would look behind me into the crowd and I could see and identify many UK musicians and artists at the back. As much as they were vibing and enjoying the show, I am sure that they were also taking notes mentally and learning from the masters. I know that we are great and are in the process of becoming greater. It’s evident from some of the supporting acts who opened for Tye (word to Naomi Parchment, Matthew Allen and Faith Child). I am positive we will get there soon though I do think occasionally we need nights like this to bring the US and UK so we can learn from each other but to also just remind and keep the fire alive. 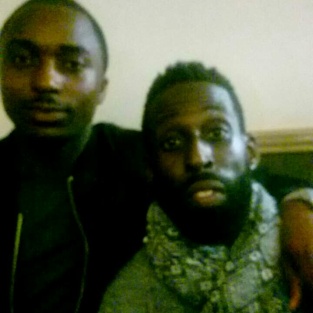